A downloadable ritual for Windows

As Jacob Lee, you've been sent to live with your Aunt in the last days of winter vacation following a terrible family tragedy.  Meet new people, make choices, and explore the spaces between dreams and memories.

To Dawn and Back is a non-violent surrealist art-horror game inspired by visual novels and immersive sims. With more than 20 unique dreams determined by your actions and more than a dozen unique characters, I hope it is an adventure that will stay with you when you step away from the screen.

To Dawn and Back was built with Smile Game Builder and features music from Avith Ortega and additional art by Renuka Ghate.

wr can i listen to the soundtrack?

The soundtrack is Avith Ortega’s 2014 album Impotence. You can find it on Spotify and most other streaming platforms

A really good game, overall. I usually don't think too hard about my games I play but this one stuck with me. I'm planning another playthrough today. The soundtrack is just that right amount of unsettling and the visuals are unique. I'm not sure if there are multiple endings, but even the choices are fun to see. The only thing I'm confused about is knowing how much money I have at any given time but I'm not too upset about it!

I liked the game, it´s world, ideas and atmosphere are great. Though at the last few days there weren´t much new events happening in the world, nor not much new characters appearing.

Same on the door in first floor, where we are told that we can open it by lockpick (if we have one), but they get unlocked later.

i really enjoyed this game. i played it through twice to see some of the other choices i could make. looking forward to the next games you make!:)

Thank you! I’m so happy you enjoyed it enough to play it twice!

Cool visuals! I had motion sickness playing the game, so I couldnt advance too much, the camera moves too fast.

That was brilliant! Really looking forward to whatever you make next, Jordan. I love the art style, the cast of characters and just the whole world you've built. The 'sisters' stuff has been especially intrigued, I hope you'll come back to that at some point.

Thank you so much for playing it! I’m glad you enjoyed it so much!

Very surreal experience so far. Love the art and feel of it. Only up to day 4 so far.

Thank you for playing. Glad you enjoyed it!

Thanks for checking it out! 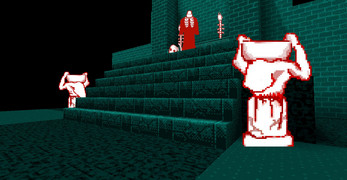 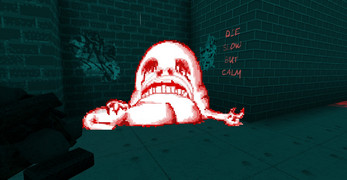 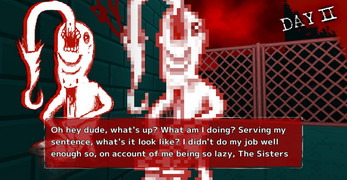 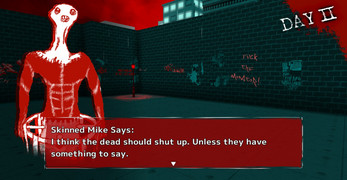